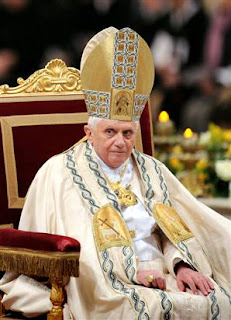 VATICAN CITY, MARCH 16, 2009 (Zenit.org).- Benedict XVI is proclaiming a Year for Priests on the occasion of the 150th anniversary of the death of St. Jean Marie Vianney, the Curé of Ars.

The Pope announced this today during an audience granted to participants in the plenary assembly of the Congregation for the Clergy, a Vatican communiqué reported. 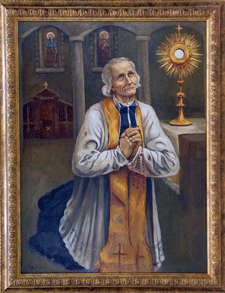 The theme for the priestly year is "Faithfulness of Christ, Faithfulness of Priests." The Pope is scheduled to open the year with a celebration of vespers June 19, the solemnity of the Sacred Heart of Jesus, in the presence of the relic of the Curé of Ars, to be brought to Rome by Bishop Guy Bagnard of Belley-Ars, the press release stated.
The closing ceremony will take place exactly one year later, with a World Meeting of Priests in St. Peter's Square.

During this year, a directory for confessors and spiritual directors will be published, along with a compilation of texts by the Pope on the core issues of the life and mission of priests in the modern times. As well, Benedict XVI will officially proclaim St. Jean Marie Vianney as "patron saint of all the priests of the world."

The congregation will aim in this year to promote initiatives that will "highlight the role and mission of the clergy in the Church and in modern society."

Another goal will be to address "the need to intensify the permanent formation of priests, associating it with that of seminarians."
Posted by SVA V-Team at Wednesday, March 18, 2009 No comments: