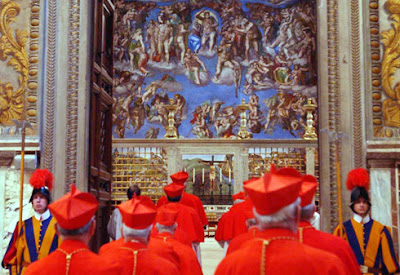 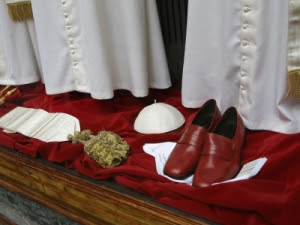 + Habemus Datam!
Conclave Starts Tuesday +25 days since Benedict XVI announced his resignation, eight days into this Sede Vacante, we finally have an election date: the Conclave will begin on Tuesday, 12 March.Related just before 6pm in Rome, the decision by the College of Cardinals emerged toward the end of this fifth day of General Congregations, little more than 24 hours after the last of the 115 electors who'll participate arrived in Rome.

While the governing meetings – which have been attempting to shape the desired "profile" of the next Pope – will continue tomorrow and Monday, the appointed day begins with the Mass Pro Eligendo Pontifice (for the Election of the Roman Pontiff) concelebrated by all the cardinals at midmorning in St Peter's Basilica.

Then, late Tuesday afternoon, the electors will gather in the Pauline Chapel, processing from there into the Sistina as the Litany of the Saints is sung.

Following the oath taken by each voter, the traditional "Extra omnes" – "Everybody out" – is sounded, the chapel's doors are locked, and the first ballot is taken; as Cardinal Francis George of Chicago recently said, only then does "what everybody really thinks" become clear.

Over the subsequent days, two ballots are taken each morning and two more in the late afternoon until a cardinal attains the required two-thirds margin (in this instance, 77 votes) and accepts his election. Should the 266th Pope not be chosen after three full voting days, the process is halted for a day of talks and reflection.

Especially given the lack of a papal funeral and a longer-than-usual timeframe for the electors to prepare, the Conclave is not expected to last longer than three days. 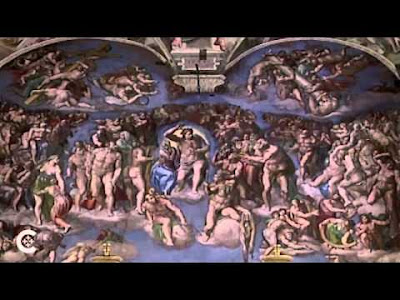 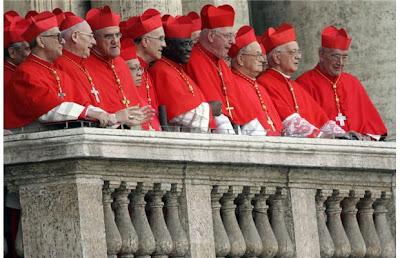 As agreed to, the schedule gives the majority of the electors who head the world's dioceses the near-certain ability to be home in time for Holy Week – the most significant and intense period of the church year – which had been a prominent concern among the cardinals in the days leading up to the decision.Accordingly, the widespread projection and hope has been that the last de rigeur event for the College to attend – the new pontiff's first public Mass to inaugurate his Petrine ministry – will, at the latest, take place on the 19th's solemnity of St Joseph, the patron of the universal church. 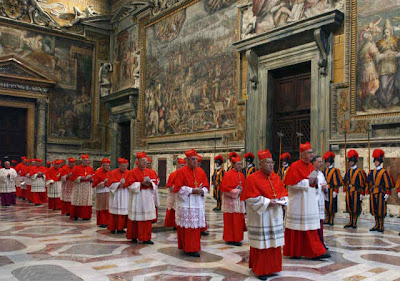 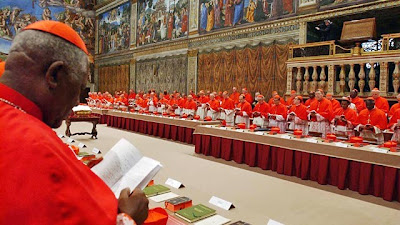 Over the weekend, meanwhile, in an unusual move agreed among the College, the cardinals will each celebrate Sunday Mass in their respective titular churches, the honorary pastorates of which are the source of their prerogative to elect the next bishop of Rome.Lastly, on two timing notes, first it bears reminding that as the US' shift to daylight savings this weekend doesn't occur in Italy until the end of the month, all Stateside time-zones will be an hour closer to Rome time for the events.And indeed, as many have asked, the experience of the past has been that the Sistine chimney communicates the result of the balloting sessions at some point around Noon and 6pm Vatican time.(Article and photo from "Whispers in the Loggia".blogspot) 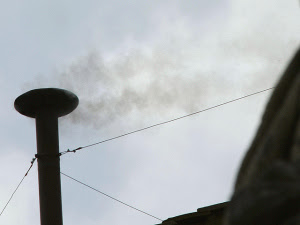